“They should either stop talking …”

As the Obama administration stepped up its rhetoric against Russia for allegedly hacking its way into American politics, Russian officials demanded President Barack Obama either “stop talking” or “produce some proof.” 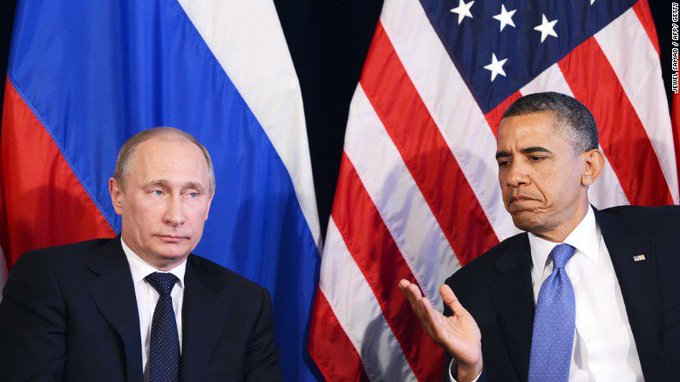 Russia to US: Prove election hacking claims or shut up http://cnn.it/2gRMArm

President-elect Donald Trump has publicly voiced doubts about the role of Russian hackers in the elections.
“I think it’s ridiculous. I think it’s just another excuse,” Trump told host Chris Wallace on Fox News Sunday.
On Friday, Dmitry Peskov, a spokesman for Russian President Vladimir Putin, said the Obama administration has yet to back up its accusations with any evidence.
“They should either stop talking about that or produce some proof at last. Otherwise it all begins to look unseemly,” said Peskov, who added it was “indecent” to “groundlessly” accuse Russia of trying to interfere in the elections.
In October, intelligence agencies said Russia was trying to hack its way into elections systems and political groups. However, the issue lay dormant until after Trump’s victory.

If Russia, or some other entity, was hacking, why did the White House wait so long to act? Why did they only complain after Hillary lost?