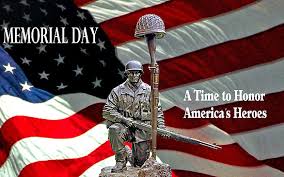 In remembrance of those who died in service to our country . . . Originally known as Decoration Day, this day was established in honor of those who perished during the Civil War.   It was not until after World War I that the observance was expanded to honor those who have died in all American wars.  In 1971, Memorial Day was declared a national holiday by an act of Congress. 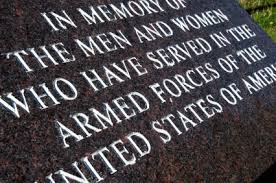 Three years after the Civil War ended, on May 5, 1868, General John Logan, commander of an organization of Union veterans, established Decoration Day as a time for the nation to decorate the graves of the war dead with flowers.  It is believed that May 30 was chosen because flowers would be in bloom all over the country.  General Logan’s order for his posts to decorate graves in 1868 “with the choicest flowers of springtime” urged:  “We should guard their graves with sacred vigilance. … Let pleasant paths invite the coming and going of reverent visitors and fond mourners.  Let no neglect, no ravages of time, testify to the present or to the coming generations that we have forgotten as a people the cost of a free and undivided republic.” 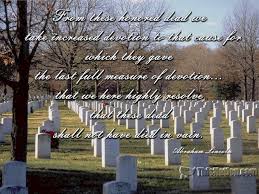 Although many cities in the North and the South in 1866 claimed to be the birthplace of Memorial Day, the official birthplace was declared by Congress and President Lyndon Johnson in 1966 to be Waterloo, New York.  (NOTE:  A stone in a Carbondale, Illinois cemetery carries the statement that the first Decoration Day ceremony took place on April 29, 1866 in Carbondale, the wartime home of Major General Logan.) 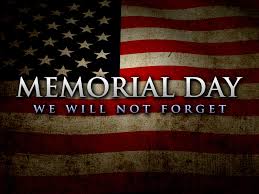 In honor and in memory of our fallen service men and women, we celebrate Memorial Day, May 30, 2016.